Everything you need to know about Merkle trees and their future

Most of you probably have heard of Merkle trees by now. They are used everywhere in the world of blockchain.

But are you really sure exactly

This is not a Merkle tree.

What are Merkle Trees?

At the root of the Merkle tree is the root hash. It's created by hashing all its original values as leaf nodes. Now two leaf hashes are combined by creating a new hash just for those together. We do this all the way until we have one tree with a single root hash.

A Merkle proof now is a way for you to prove to someone who only knows the root hash that any value is in fact part of this tree as one of the leafs. For example you could prove that L3 did indeed contain a given value. All one needs to do is provide the Hash 0, Hash 1-1 and the L3 block itself. Now for the proof verification one can compute the hash of L3, then the hash 1 and finally the top hash. We can then compare the root hash against our known root hash. For a visual explanation of a Merkle proof, check out this great explanation.

As you can see for a successful Merkle proof, you need to provide all sibling nodes at every tree level. Keep that in mind as we could potentially improve upon that later in this post.

Why is this enough? Because when using a secure hash function like keccak256, it's practically impossible to create a hash collision, meaning although you reduce an infinite potential input space to just 256 bits, the likelihood that you find two different sets of inputs which result in the same hash is so low that it simply won't happen in practice. Now if you receive a matching root hash in the Merkle proof, you know this one item really must have been part of the original root hash calculation.

The MerkleProof.sol from the Openzeppelin contracts is a great way to get started. So let's take a look how they implement it:

verifyCalldata takes in the proof itself as bytes32 array, the Merkle root hash and the leaf we want to verify for inclusion. Typically the root will be data you store in the smart contract and proof will be the data from someone created off-chain, proving to the contract that the leaf was part of the original tree.

So now processProofCalldata will iterate through each element in the proof array.

Then back in verifyCalldata we simply verify that the computed hash matches the expected root hash.

In the blockchain world Merkle proofs date back to the very beginning, the release of the Bitcoin PDF in 2008 to prove transaction inclusions. It detailed a mechanism to verify transaction status for light clients that don’t have the full blockchain downloaded, Simplified Payment Verification (SPV).

Bitcoin light clients, in contrast to full nodes, only download the block headers of the blockchain. A block header is quite small and only contains the previous block root hash, current block root hash, timestamp, difficulty and a nonce. This allows even mobile devices to participate in the network without requiring massive amounts of data storage.

Nice, so now a light client can verify payments itself without downloading the full blockchain. But what about more complex things like state in Ethereum?

We are going to take a look on how to use these special Ethereum root hashes in Merkle proofs later. But of course we can also create our own root hashes and use them in our smart contract. There are many ways to do this. Let’s explore some…

One common use case for Merkle trees are airdrops, since Merkle proofs allow us to very efficiently implement ERC20 token airdrops. The implementation is rather simple using above mentioned Openzeppelin MerkleProof library.

A. Creating The Merkle Distributor Contract

Let's create the distributor contract first which will hold all the tokens are alternatively could be allowed to mint new tokens.

At the core will be the claim function that takes in the user address, the amound and the Merkle proof. The Merkle root was initially stored upon deploying the contract.

Inside claim we now how to verify

The first part is exactly done with the Merkle proof verification using Openzeppelin's MerkleProof.verifyCalldata. For the second part we simply store the account in a mapping to boolean.

But now how can we create this original Merkle tree and all the proofs? This is not part of Solidity and happens off-chain. Let's explore how next.

B. Creating The Merkle Tree and Proofs

We can use merkletreejs for creating the Merkle root hashes as well as getting individual proofs.

Now the original root will be stored in the contract. So you can see it's quite cheap to do an airdrop like this, only deploy a small contract and store the root hash.

And users can create their proofs individually off-chain and receive the tokens whenever they want to.

We can further improve upon this mechanism by storing the mapping for already claimed tokens as bitmap. I've explained the concept of bitmaps in Solidity previously. This optimization was taken from Uniswap.

For our airdrop we can simply add the index of the balance array to the proof itself. Then, when storing the claimed status, we simply update a single bit in the new uint256 => uint256 mapping.

In a similar way to airdropping ERC20 tokens, we can use Merkle proofs to airdrop NFTs. A simple implementation which allows for airdropping multiple NFTs to a single address is shown on the right.

This is an incomplete example, but the idea here should be clear. You may also combine it with the bitmap trick from before to save even more gas.

4. Creating Proofs Inside The Contract

I'm not sure what a use case would be for creating proofs inside a contract directly, but it's of course possible. You can use murky for this.

Create a new Merkle contract and you can call getProof on it. That's it!

Now what would be a use case? I'm not sure, let me know in the comments please.

However it only works for the past 256 blocks. The reason is that the EVM can only access the block root hash of the last 256 blocks. And this root hash will be required to verify the proof. So this allows for proving state up to roughly one hour in the past.

A Merkle proof works differently in a Merkle-Patricia-Trie, but you can find a full Solidity example here.

And there is an RPC method since EIP-1186 called eth_getProof that helps to create such a proof.

You can find the full Solidity example here.

Optimistic rollups are building on top of the previously mentioned state proving. We've explained them in detail previously, but the main idea here is

This is where the scaling comes from, you only run transactions on layer 1 that are contested with a fraud proof. That’s the gain. Running a transaction for a fraud proof is actually more expensive than just running it on layer 1 directly.

So the scaling advantage comes solely from the fact that you won’t run 99.9% of transactions on layer 1.

An improvement for Merkle Trees could be Verkle Trees. They are very new and not yet used in Ethereum. The main idea behind them is to reduce the proof size dramatically. Recall that a Merkle proof consists of all sibling nodes at each level going down from root to leaf. This can be a lot of data, especially for wide trees.

Verkle Trees don't require that you provide the siblings in the proof my making use of polynomial commitments. They will allow you to prove the inclusion of some data zi in a list [z0, z1, z2...]. The list here are of course the hashes of all siblings in the same level and all we care about is that our current hash is indeed a part of it. Combine it with a technique that allows multiproofs through random evaluation, and you get even more efficient Verkle Trees.

Ethereum has plans to upgrade their Merkle-Patricia-Tries to them in the third upgrade stage called 'The Verge'. 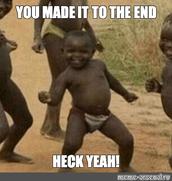